I’ve been plugging away on my syndicate for a fair while now.  Chasing Carp shadows around the 42acre gin clear pit without much to show for my efforts. I’ve had nights of endless liners, and obvious signs of fish in my zones, but everything I tried failed to elicit a response. If anything I’m sure I’ve been done a few times and have actually been tweaking my rigs hoping for a change of fortune. 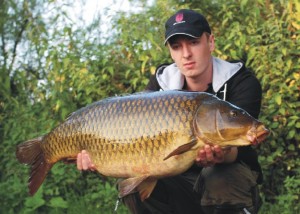 Pulling up to the lake Friday after work just after 4pm, there were already a fair few cars in the car park. The sudden improvement in weather tempting a few more optimists to the bank.
With most of the prime pegs taken I decided to venture to the bottom end of the pit which was completely free of lines. I’d checked the weather report before hand, covering the next few days and with the wind due to swing around by morning, I was sure I may have been doing myself a favour.
A quick lead around revealed a nice gravel area in front of a bush protruding from the marginal foliage on the island at around 60 yards. With nothing but heavy weed growth elsewhere I decided it was worth placing a trap on the spot. A combi rig, on a simple lead clip setup, coupled with a small mesh bag consisting of chopped Krill boilies, and 3 whole 12mm Vor-tex bolilies found its way out onto the gravel spot. Hookbait being a whittled down krill boilie tipped with a 12mm Vor-tex. Just to replicate what was in the bag.  I decided not to bait over the top of this spot. I’m always sure carp feed far more cautiously on clean areas on a lakebed, and wanted my setup to look minimal and if anything look like bait that’s been left behind from a spod mix or such like.
I decided to spread the other two rods. One at range and the other also to the marginal foliage along the from of the island where the lake bottle necks into a channel. Both rods setup with running chods as these were cast straight in the weed.  I spread a kilo of boilies over the chod at long range and just 20 baits over the rod cast to the island. The traps were set.
It was a warm night and the wind had already swung around to a cooling easterly by 10pm as the last of the light had gone. With day temperatures due to be up as high as 28degrees again I was sure an easterly wasn’t a bad thing. Tucked into the bag by 11pm I was off to the land of nod.
…At 5.20am a few bleeps on the receiver indicated a take. With the stow dangling below the my left delk, my gravel spot had produced the goods. I bent into a powerful fish. Managing to steer the fish away from the island and into open water I was content on not letting the fish get its head in the surrounding weed beds and up’d the pressure. Teasing the fish ever closer to the bank. On last attempt for the marginal snags to my right the fish was soon in the net.
The result a stunning old warrior of a common. With only a handful of commons in the lake I was super chuffed to tempt another one of this lake wary creatures.
I even managed a small stockie the following morning off the same spot and went home a very happy angler. Itching to get back down there and see what else the pit holds.
Slack lines
Ant 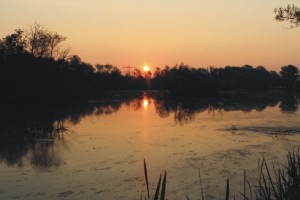 Whilst we are providing the opportunity for you to purchase our
products from the website, Enterprise Tackle would ask that you
support your local tackle shops and buy our goods from them.
If you are unable to purchase what you need then please do use
our online shop or ask the shop to stock the item!